Ford announced Monday that its Ford Pro unit will deliver 2,000 electric delivery vans to Deutsche Post DHL Group worldwide, by the end of 2023.

Nested behind this is a piece of news that signals a far greater impact over the long term: The deal includes a memorandum of understanding (MoU) for future vehicles, plus DHL’s implementation of the full Ford Pro suite of software products—a twist that’s especially noteworthy as DHL and other shipping giants either already have a preferred fleet-software solution or have developed their own.

As we outlined earlier this year, Ford sees the buildout of software-based Ford Pro software and vehicle fleet-management services to be a big business, as fleets of 50 vehicles add up to half of Ford Pro’s commercial market. But this shows it’s also testing the waters with some global players with fleets of many thousands of vehicles.

DHL currently has around 27,000 vans globally, so the Ford software could conceivably help the company juggle different types of delivery vehicles as it phases in more EVs. 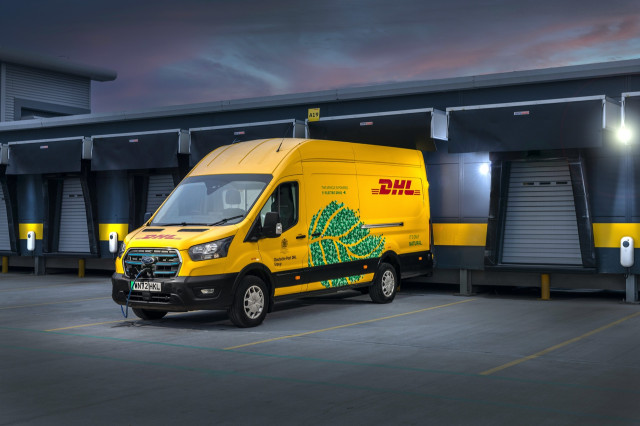 Ford has designed the E-Transit electric van for the sort of last-mile deliveries that DHL does as a big portion of its business. That means it’s minimized the size of the battery pack in the E-Transit to help maximize its payload. Ford says that based on 30 million miles of commercial-vehicle telematics data, the average daily mileage of such vehicles is just 74 miles. The E-Transit’s 68-kwh liquid-cooled battery pack, closely related to that of the Mustang Mach-E, is good for an EPA-cycle range of about 126 miles partly loaded—depending on the use and upfit.

Keeping the E-Transit as close in layout as possible to the gasoline Transit was important in this model’s development as a wide range of companies already upfit the Transit for their special purposes, ranging from plumbers’ vans to furniture delivery. It has the same mounting points as the gasoline version, so being able to take that upfit and simply apply it to the electric version is a forte. 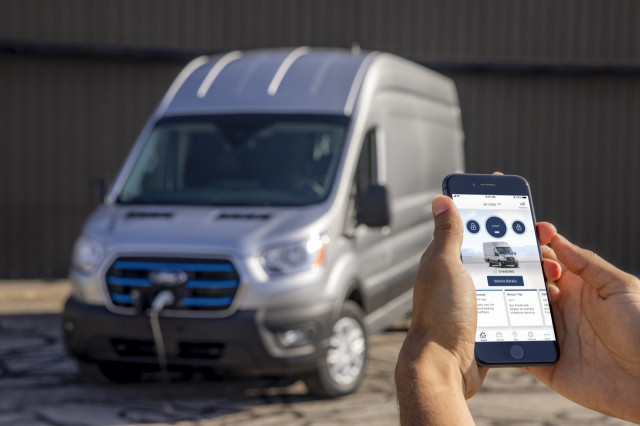 Ford also intends to turn its software-equipped vehicles into “generators of data,” as Ford CEO Jim Farley has put it. In time, it could help fleet managers not only save money but aid companies in meeting renewable energy targets.

Separately, DHL has developed a series of StreetScooter electric commercial vehicles aimed mainly at even shorter-distance last-mile delivery in Europe and Asia, so it’s likely the E-Transits will complement that mission.

“The order volume concentrates on the E-Transit panel vans designed for handling express shipments in the Americas and Europe,” Ford said in a press release, and noted that the first of these vehicles under the agreement have already been handed over to DHL in time for its holiday package-delivery push. DHL has been using the E-Transit for deliveries in a range of countries including Germany, the UK, and Mexico.