“Need for Speed Unbound,” the first new entry in the “Need for Speed” video-game franchise since 2019, will launch on Dec. 2, publisher Electronic Arts has announced.

A trailer shows the same emphasis on street racing, modifying cars, and outrunning the cops as previous “Need for Speed” games, but with a new art style that looks more like animation. The storyline is a bit more traditional for the franchise, though. Players will compete to win a street-racing challenge called The Grand in the fictional city of Lakeshore.

Unbound will also be the first “Need for Speed” game developed for 4K resolution at 60 fps. Its publisher also promises a greater emphasis on style, including a wide array of customization options for cars, as well as licensed items from fashion brands for player avatars. Players can also earn Burst Nitrous based on driving style—a literal version of style points.

The trailer features rapper A$AP Rocky in a modified Mercedes-Benz 190E, as well as a tuned S14 Nissan 240SX—so it looks like “Unbound” will focus on 1990s-era modern classics, not unlike earlier “Need for Speed” street-racing titles like “Underground.” 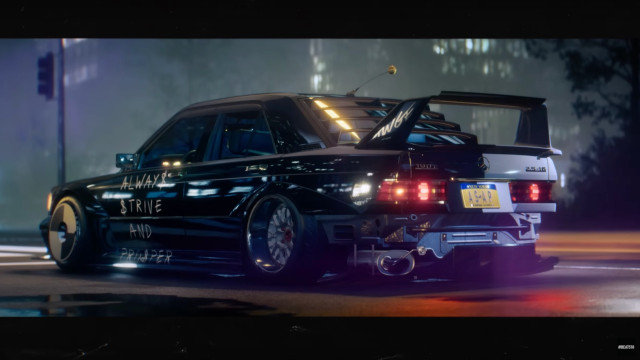 The series has been on a hiatus since the release of “Need for Speed Heat” in 2019. Since then, developer Ghost Games was taken off the “Need for Speed” franchise by EA and turned into a support studio called EA Gothenburg. “Unbound” was developed by Criterion, which worked on some previous “Need for Speed” games, as well as the “Burnout” series.

Get cash for firearms in gun buy back event

Normal trash pickup to run as usual on Thanksgiving

Fans cheer on U.S. for must-win World Cup match against …

Interview: Dealing with holiday stress in a healthy …

What is the white paper revolution?