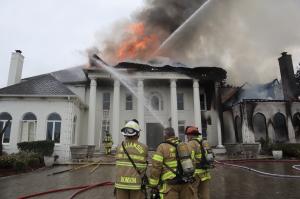 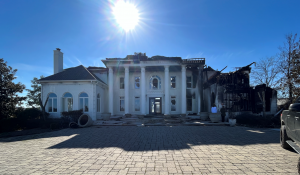 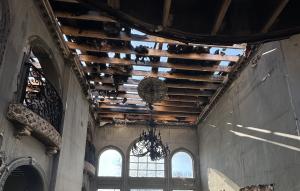 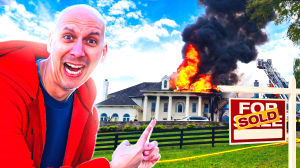 The series will VLOG the journey of building a dream home for Mike and his family.

Mike Thakur has been hailed as one of Houston’s ‘Most Admired CEOs,’ a Guinness World Record participant, and believes that the best way to impact others is through the power of entrepreneurship. He boasts a wide breadth of experience as a co-founder of an Internet consulting company, sales lead that produced almost $100 million for an $8b organization, was COO of the Secret Service for Billionaires, and serves in other non-profit/impact-related roles.

In his most recent news, Mike is thrilled to announce his latest venture – one that will see him VLOG the journey of building a dream home for him and his family. The YouTube creator found a unique listing on Zillow.com that read, “TRAGIC TOTAL LOSS by FIRE, of a CLASSIC MANSION!!! Sold As is!!” The listing detailed how this historic home, which sold for $10 million in 2020, was completely destroyed and listed for sale at an asking price of only $1.5 million.

After receiving over 15 calls within the first hour, the selling agent knew this would be a hot listing and, within 2 days, the home was viral on both Instagram and Twitter. It racked up millions of views and tens of thousands of likes, with news outlets from as far as England contacting the agent to learn more.

Mike happened to be in Nashville 1 day after seeing the home online and scheduled a showing. While onsite, having seen the home for barely an hour and learning that others were flying in from out of state to view it, a handshake deal was struck and a contract signed an hour later.

“As I walked through the home with my wife and kids, we just knew this had the potential to be restored into something amazing for our family,” said Thakur. “We’ve dreamed of being able to live in a home where our kids could grow up and even stay on the property with us as they get married and start their own families. A house like this gives us the opportunity to build in a way that makes this possible and the idea of salvaging what we can, and reusing those pieces to rebuild something so beautiful, just felt like the right thing to do.”

Today, the family is now working out the logistics of moving from Texas to Tennessee as they close on the property and begin vlogging their experience through a weekly YouTube series called ‘Restoring the Manor’ - launching soon.
Those wishing to speak to Mike about an interview can reach out to him at info@mikethakur.com or 832-510-9552.

To learn more about Mike and Restoring the Manor, please visit https://www.mikethakur.com/restoringthemanor/ or check out his social media @realmikethakur.

Mike Thakur is a wildly popular content creator, entrepreneur, and impact chaser from Texas. He is a 7x startup founder and an award-winning CEO, with his co-working space being voted #1 in its city.

At his very core, Mike believes in creating content that is inspired by the things he’s passionate about (mainly tech and business) and loves using his entrepreneurial ventures to drive kingdom impact that changes lives.