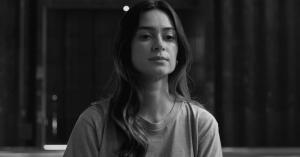 Thaila Ayala collaborated with The Exodus Road to release an anti-trafficking video shedding light on real situations encountered by those facing sexual exploitation.

Ayala, who has more than 8 million social-media followers, collaborated with The Exodus Road to release a video shedding light on sexual exploitation.

For many, the first step to ending the darkness of human trafficking crime is in understanding it.”
— Preston Goff, Senior Communications Director for The Exodus Road
COLORADO SPRINGS, CO, UNITED STATES, January 24, 2023 /EINPresswire.com/ -- Brazilian actress and model Thaila Ayala posted a video to her Instagram and other social accounts on Monday sharing a real and tragic story of sex trafficking. Ayala is leading an anti-trafficking campaign alongside international nonprofit, The Exodus Road, to help educate the general public on the devastating realities of modern-day slavery.

The campaign’s main video follows a representative story of a model who agrees to a job with an agency in Asia, only to discover that she has been sold for sexual exploitation. In less than 24 hours, the video has garnered 3.75M views and 210,000 likes; several Brazilian influencers and media accounts, like Hugo Gloss, shared Thaila’s post with their followers.

For Ayala, the issue of human trafficking has a personal connection. She draws parallels and contrasts her experiences as a teenager with those of the film’s main character.

“As a teenager, I went to work overseas with no information about the agency that had recruited me, the work that they offered, or the place where I would stay,” she said. “I was lucky because my experience didn’t end in exploitation.”

While human trafficking is found in a variety of industries, it is prevalent in modeling. In some instances, modeling agencies, legitimate or otherwise, may coerce individuals to leave their city, region, or country to exploit them then. Human-trafficking crime doesn’t have to involve physical movement, but some traffickers will use a change in location to increase the individual’s vulnerability.

Once away from home, traffickers may confiscate identifying documents, restrict movement, and garnish or withhold wages altogether. Those experiencing trafficking may be forced into sexual exploitation in order to repay supposed “debts” accrued during their relocation.

The awareness campaign was launched in conjunction with January’s National Human Trafficking Prevention Month in the United States. Though human trafficking is widely considered an underreported crime, agencies that track its prevalence continue to report rising numbers within U.S. borders. The U.S. National Human Trafficking Hotline reported 51,073 substantive reports of human trafficking received in 2021, nearly double the 26,863 received in 2015.

“For many, the first step to ending the darkness of human trafficking crime is in understanding it,” said Preston Goff, Senior Communications Director for The Exodus Road. “We are grateful for the way that Thaila is using her voice to amplify the truth of the crime in the online space, and we encourage all advocates to actively research and support organizations in their community that are working to combat exploitation.”.

About The Exodus Road
The Exodus Road is a global nonprofit disrupting the darkness of modern-day slavery by partnering with law enforcement to fight human-trafficking crime, equipping communities to protect the vulnerable, and empowering survivors as they walk into freedom. Working side-by-side with local staff, NGO partners, and law enforcement worldwide, The Exodus Road fights to liberate trafficked individuals, arrest traffickers, and provide restorative care for survivors. Since its founding in 2012, the organization has assisted police in the rescue of more than 1900 survivors and the arrests of over 1000 offenders; numbers that grow almost daily. The Exodus Road’s approach to freedom incorporates intervention, training and education, and aftercare efforts.